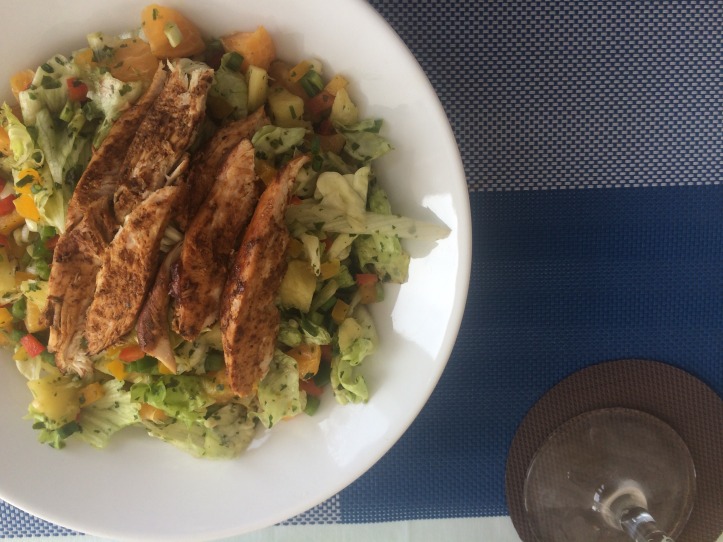 Guest post by Rebecca Hughes. (I know. I’m hooked on her reviews too!)

Last Wednesday, I had the pleasure of spending my afternoon by a swimming pool, facing Virage Beach. Oh, and I was also scoping out Varadero, the new Cuban restaurant that just opened.

After 20 years of managing restaurants in Miami, Lisbon, London, and Dubai, Kaman, the owner of Varadero, decided to return to Dakar to create a concept restaurant of combining Caribbean, Jamaican, and Cuban food with West African favorites. As he travelled around, he realized there were more similarities between these cuisines and with his new restaurant, Varadero, he seeks to bridge the gap between the Caribbean and West Africa.

This means joining classics from these cuisines with a new twist. Imagine fish fritters (beignets in Senegal) with curried mayo and poisson braisé with pineapple salsa. Naman is also heavily inspired by using a thick marinade to give his meat a strong flavor that falls between West Africa and the Caribbean. Naman was also inspired by the maquis: get ready to eat plantains, rôti de porc, along with Caribbean favorites.

Affordability is key at Varadero. The menu is very reasonably placed and the drinks are a great bargain as well. I don’t know that many restaurants in Dakar where you can order a glass of wine 1500 CFA! The cocktails range between 3000-4000 CFA and in lieu of ordering a full meal, you can also enjoy a selection of tapas.

Lunch began with an aperitif. After glancing at the extensive cocktail menu, it was difficult to choose, but I ended up going with a white sangria. It was refreshing, arguably the best white sangria I’ve had in Dakar, and was perfect for chilling alongside the pool. Also on the menu were strawberry cocktails which seemed intriguing. 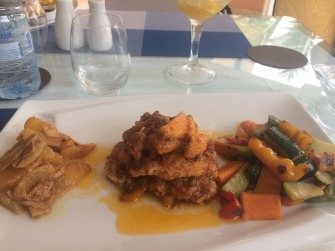 For food, I began tasting a Caribbean Chicken Salad (orange, pineapple, coriander, red, green, and yellow peppers, alongside marinated chicken), empanadas with black beans and red sauce, Cuban sandwich with ham and cheese. I loved the empanadas, such a good find in a city lacking Mexican food. Having never really tried Caribbean food before, it was a pleasure to discover new things. Where else in Dakar can you try jerk corn: grilled corn dipped in mayo and sweet coconut? For the poulet braisé and poisson braisé, inspired à la maquis, it was tender and rich.

Varadero refers to the most beautiful beach in Cuba full of bars and restaurants. Varadero recalls the Caribbean beaches and cuisine and mixes it with the vibrancy of West African cooking, creating more similarities that we would think.

Varadero
Open every day for lunch and dinner.
Located in Archhotel on Route de la Corniche opposite Virage.
Tel: 33 820 41 63
Find them on Facebook here.

Next Wednesday, March 29, Varadero is hosting a Cuban Party, with salsa lessons from Ana Paula, starting at 7:30 PM.