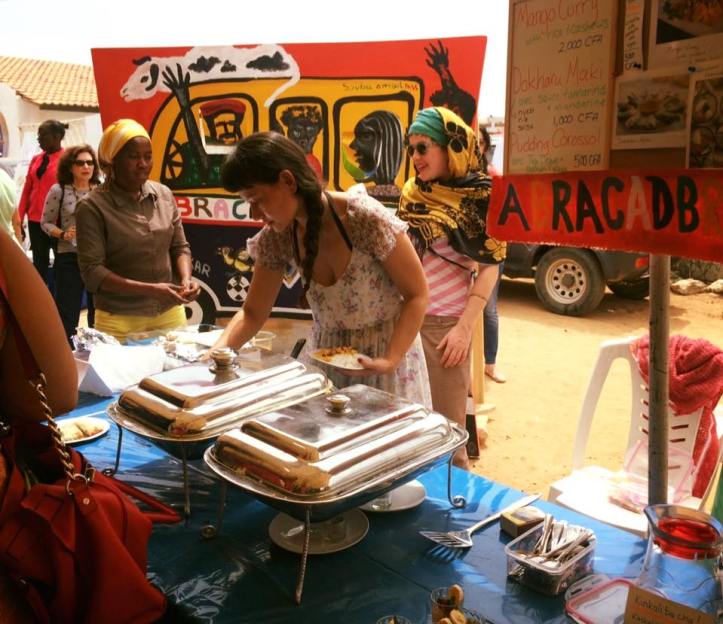 Mina Fuhr is a Japanese shapeshifter who dances through a multiverse of disciplines and creative forms, while always returning to the body. Today she is talking with us about her cookbook that has just been published, a vegan and raw vegan guide to healing. 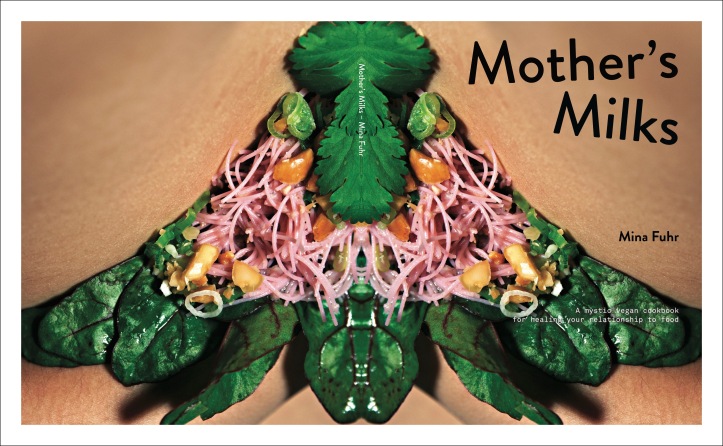 Welcome back, Mina! For those who don’t know, what is veganism?
Being vegan means that you refrain from eating any kind of animal products. It’s not just meat and fish that you take off your list, but milk and other dairy products, eggs etc. Depending in how far you take this, it can go from diet to lifestyle, which means no leather, silk, wool…

So how hard is it to live a vegan lifestyle in Dakar?
After three years of living here, I’ve gotten used to it. I’m a sloppy vegan here, which means I eat Thieb bu Dien without fish here when served, but other than that I’m still holding up my end of the game.

Working with Abracadabra, the first vegetarian catering service in Dakar, and creating exciting recipes for them, made me realize that there are many more ingredients and fresh produce for vegans to play with!

Recently I’ve had more issues keeping my fingers off of Bayefall leather jewelry. The work is so beautiful and strong. That’s more an issue for me now than not being able to keep my hands off a slice of pizza or some omelette.

Can you share some tips for vegans in Dakar?
Chances are you miss your leafy greens and yes, kale and baby spinach are hard to come by (although you can find kale at the Lou Bess Farmers’ Market!). But Senegal has bissap leaves and sweet potato leaves to offer you! They are both rich in nutrients and dense in flavor. You just have to ask for them at the market, as they wilt and are often kept under the table to keep fresh. 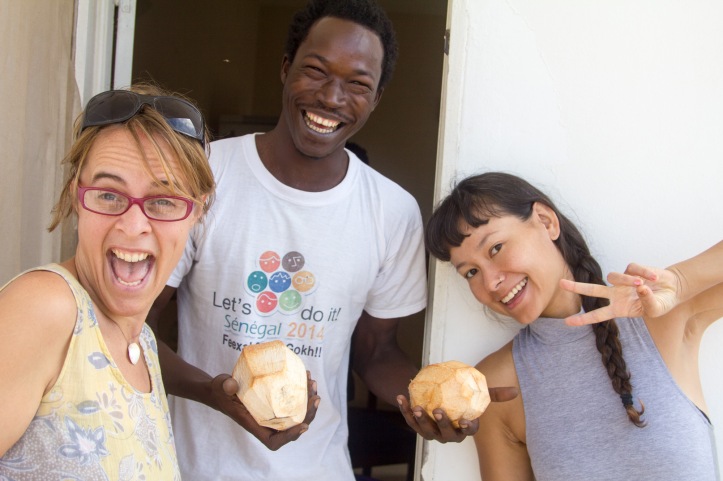 What about superfoods and such?
Instead of missing the superfood from the the Tibetan highlands (goji berries) or the Peruvian mountains (maca root) look at what the earth in Senegal has given you. Moringa beats basically everything, baobab fruit is a great antioxidant besides tasting awesome and tamarind is a nutrient dense, strong anti-inflammatory agent.

And for restaurants?
When it comes to going out… the same rules as anywhere else in the world. Chose Asian and Middle Easters over Occidental cuisine, as they have more veggie options. When I accompany someone to a seafood grill place by the ocean, I mostly get a salad and aloco, toss it all together and thank the ocean for being there ❤

If vegans are traveling or moving here, any food products to bring with you that you just can’t get in Dakar?
Your source of Omega-3, flaxseeds and chia seeds; your sunflower, pumpkin and whatever seeds you like. Fonio is said to be more nutrient dense than quinoa, but if you know that you will miss its nutty flavor, than bring some. It’s all not impossible to buy here, Nature Attitude in Plateau carries it, but of course you’ll have to pay for the cost and labor of added import.

Let’s talk about your cookbook now, which you call, “A mystic vegan cookbook for healing your relationship to food.”
I wanted to share the story of healing my eating disorders through the transition to veganism in a very three dimensional way. A book for all the senses, that would speak to the right side of your brain, so that my story could be shared not just intellectually, but on the level of the heart and the spirit as well. It’s my attempt at an holistic book.

Every chapter has a loving message that you can first read, then cook, eat and absorb into your cells. It draws wisdoms from vegan and raw vegan philosophy, yogic philosophy, shamanic healing practices, Hindu goddesses, Ayurveda and much more!

Calling it a ‘cookbook’ then sounds like an understatement.
It is. “Mother’s Milks” deals with the deepest parts within me as well as all of us, but in the form of a cookbook it keeps a lightness and creativity that allows people to reach for it and talk about it more easily. When I put the book on Amazon though, I had to choose which one single category to put the book in. I eventually went for “cooking” since that word is in the title, knowing it doesn’t really do the book justice. It’s just as much religion and spirituality, self-help, psychology, ecology, on womanhood… but that’s how our world works; we compartmentalize our books and ourselves, which is really sad. I hope this book helps the reader in de-compartmentalizing themselves to become whole again. That is really the work of healing.

Did you take the pictures as well?
Yes, I had asked a photographer, but in the course of our meeting he realized that I have a much too precise vision of angles, colors and the feeling for him to take the pictures. He advised me to do it myself.

My aim was to make it look like close up shots of flowers or insects in nature, with the female bodies becoming the earth. I asked three beautiful female friends of mine to model for me. The closeness to the bodies and the mirroring process obscures the body parts, so you don’t really know what you are looking at but the sense of deep sensuality remains. The food and the body become one loving, organic landscape.

Where can I get a copy?
I’ll be at the Lou Bess Farmers’ Market in May with lots of copies of “Mother’s Milks” along with the “Earth Tarte” which is a recipe from the book. The book costs 13.000 CFA and it comes with a coupon for a free yoga class! If you miss out on Lou Bess or you can’t wait till then, the book is always available at Prism Yoga Dakar my yoga studio in Mermoz.

Thank you, Mina! See you at Lou Bess.